Key symptoms of ADHD include a short attention span, difficulty concentrating, impulsivity, distractibility, excitability, and hyperactivity. Hyperactivity is defined subjectively as an increase in motor activity to a level that interferes with the child’s functioning at school, at home, or socially. It is important to note, however, that symptoms of attention deficit disorder may exist with or without hyperactivity.

Symptoms of inattention, include but are not limited to:

Symptoms of hyperactivity, include but are not limited to:

Symptoms of impulsivity, include but are not limited to:

Presence of some symptoms before 7 years of age.

Significant functional impairment as a result of the symptoms.

Some people wonder if they should get tested for ADHD once they become an adult. Here are five reasons why getting a formal diagnosis is helpful: 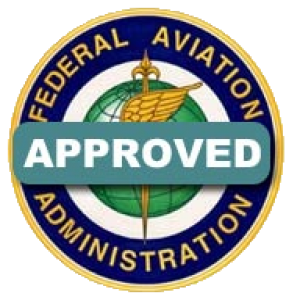 Why are both a psychiatric and a psychological evaluation required?

Mental disorders, as well as the medications used for treatment, may produce symptoms or behavior that would make an airman unsafe to perform pilot duties. Due to the differences in training and areas of expertise, separate evaluations and reports are required from both a qualified psychiatrist and a qualified clinical psychologist for determining an airman’s medical qualifications. This guideline outlines the requirements for these evaluations.

The psychological report needs to include a battery of tests and a copy of the test protocols. The battery should include:

3. As considered appropriate by the specialist, any three or more of the remaining tests or their equivalents:

b. A projective test such as the Rorschach or Sentence Completion.

c. A personality inventory test such as the NEO-R, the Personality Assessment Inventory, or the Millon Clinical Multiaxial Inventory (MCMI).

d. A symptom-screening test such as the Beck or Hamilton for depression, or the MAST for Alcoholism.

Who may perform a psychiatric evaluation?

Who may perform a psychological evaluation?

Bipolar disorder, also known as manic-depressive illness, is a brain disorder that causes unusual shifts in mood, energy, activity levels, and the ability to carry out day-to-day tasks.

There are four basic types of bipolar disorder; all of them involve clear changes in mood, energy, and activity levels. These moods range from periods of extremely “up,” elated, and energized behavior (known as manic episodes) to very sad, “down,” or hopeless periods (known as depressive episodes). Less severe manic periods are known as hypomanic episodes.

People with bipolar disorder experience periods of unusually intense emotion, changes in sleep patterns and activity levels, and unusual behaviors. These distinct periods are called “mood episodes.” Mood episodes are drastically different from the moods and behaviors that are typical for the person. Extreme changes in energy, activity, and sleep go along with mood episodes.

Bipolar disorder can be present even when mood swings are less extreme. For example, some people with bipolar disorder experience hypomania, a less severe form of mania. During a hypomanic episode, an individual may feel very good, be highly productive, and function well. The person may not feel that anything is wrong, but family and friends may recognize the mood swings and/or changes in activity levels as possible bipolar disorder. Without proper treatment, people with hypomania may develop severe mania or depression.

Case management is a collaborative process of assessment, planning, facilitation, care coordination, evaluation, and advocacy for options and services to meet an individual’s and family’s comprehensive health needs through communication and available resources to promote quality, cost-effective outcomes.

The underlying premise of case management is based in the fact that when an individual reaches the optimum level of wellness and functional capability, everyone benefits: the individuals being served, their support systems, the health care delivery systems and the various reimbursement sources.

Case management serves as a means for achieving client wellness and autonomy through advocacy, communication, education, identification of service resources and service facilitation. The case manager helps identify appropriate providers and facilities throughout the continuum of services, while ensuring that available resources are being used in a timely and cost-effective manner in order to obtain optimum value for both the client and the reimbursement source. Case management services are best offered in a climate that allows direct communication between the case manager, the client, and appropriate service personnel, in order to optimize the outcome for all concerned.

For more information on our case management services, click here.

Forensic psychiatrists are often called to be expert witnesses in both criminal and civil proceedings. Expert witnesses give their opinion about a specific issue. Often the psychiatrist will have prepared a detailed report before testifying. The primary duty of the expert witness is to provide an independent opinion to the court.

The types of questions a forensic psychiatrist would be called upon to answer would include: 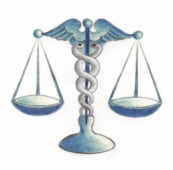 Dr. Zona is board certified in Geriatric Psychiatry, which is a sub-specialty of Psychiatry and Neurology. 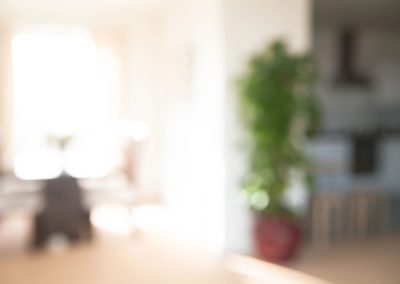 In the early 1930’s, house calls by doctors were 40% of doctor-patient meetings. By 1980, it was only 0.6%. Reasons include increased specialization and technology. In the 1990’s, team home care, including physician visits, was a small but growing field in health care, for frail older people with chronic illnesses.

Dr. Zona will make house calls, and has made hundreds of house calls to individuals who can not, or will not, leave their residence. House calls are particularly useful for the frail, elderly, chronic pain or non-ambulatory patients. Family members are encouraged to be present if possible.

Dr. Zona and his team have scores of successful interventions. They can be staged at the office or in the home, depending upon the specific issues involved.

Ketamine has been found to be extremely beneficial for acute suicidality, depression, and pain syndromes such as migraine and other neuromuscular pain syndromes. This treatment is administered by the physician, with a registered nurse, continuously present in the room to monitor the administration safely.

All Ketamine treatments are done intranasally.

For more detailed information, please click below to be taken to our more informative website, Boulder Ketamine Center. 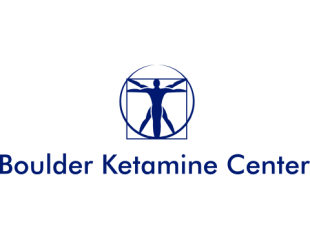 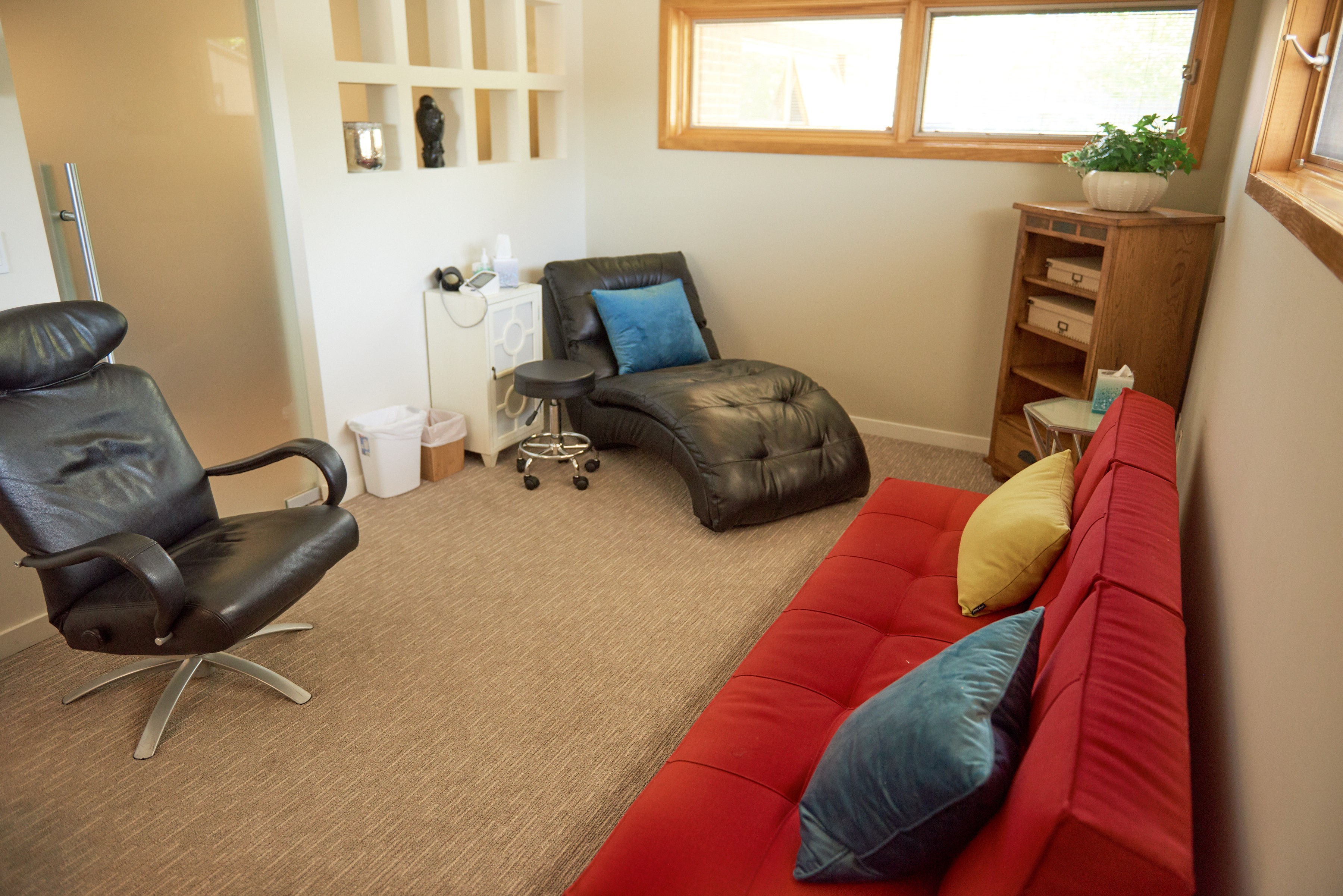 The most common symptoms of chronic tick borne infection are musculoskeletal and neurological. Common symptoms include fatigue, which can be mild or severe; muscle pains that feel like the flu; muscle cramps and twitching, joint pains that are often migratory, typically involving larger joints with occasional swelling; severe sleep disorders; migrainous, global, or local headaches; neuropathies include the cranial nerves such as Bell’s Palsy, and peripheral nerves with numbness and parathesias as well as sharp, shooting, or stabbing pains; mood and cognitive disorders as the presenting complaint.

Five questions that suggest warning signs of Lyme encephalopathy are:

2. Is the psychiatric disorder atypical or unusual? For example, does a panic attack last longer than the expected 1/2 hour? Or is it a first ever panic attack at age 50?

3. Is there poor or paradoxial response to psychotrophic medications, or excessive side effects/sensitivity to these medications?

4. Is this new-onset disease without psychological precipitants such as new stressors or secondary gain?

5. Is there an absence of a personal history or family history of major psychiatric disturbances?

A migraine can cause severe throbbing pain or a pulsing sensation, usually on just one side of the head. It’s often accompanied by nausea, vomiting, and extreme sensitivity to light and sound.

Migraine attacks can cause significant pain for hours to days and can be so severe that the pain is disabling.

Warning symptoms known as aura may occur before or with the headache. These can include flashes of light, blind spots, or tingling on one side of the face or in your arm or leg.

Medications can help prevent some migraines and make them less painful. Talk to your doctor about different migraine treatment options if you can’t find relief. The right medications, combined with self-help remedies and lifestyle changes, may help.

Personalized medicine is the tailoring of medical treatment to the individual characteristics of each patient. The approach relies on scientific breakthroughs in our understanding of how a person’s unique molecular and genetic profile makes them susceptible to certain diseases. This same research is increasing our ability to predict which medical treatments will be safe and effective for each patient, and which ones will not be.

Personalized medicine may be considered an extension of traditional approaches to understanding and treating disease. Equipped with tools that are more precise, physicians can select a therapy or treatment protocol based on a patient’s molecular profile that may not only minimize harmful side effects and ensure a more successful outcome, but can also help contain costs compared with a “trial-and-error” approach to disease treatment.

Research has shown that this approach reduces the time it takes to find the correct medication and enhances clinical outcomes.